Planet RIX-13 is a 2D adventure game, originally released in 2017 and now heading to Nintendo Switch on 16 January 2019.

As the game opens, you’ve crash landed on a mysterious planet. The opening instructions make it clear that you need to find medical assistance, and then to find a way of escaping the planet. Beyond that, instructions are few and far between. Instead, it’s left up to you as the player to explore the various locations – including laboratories, caves and wells –  interacting with the items you find there and working it out for yourself. 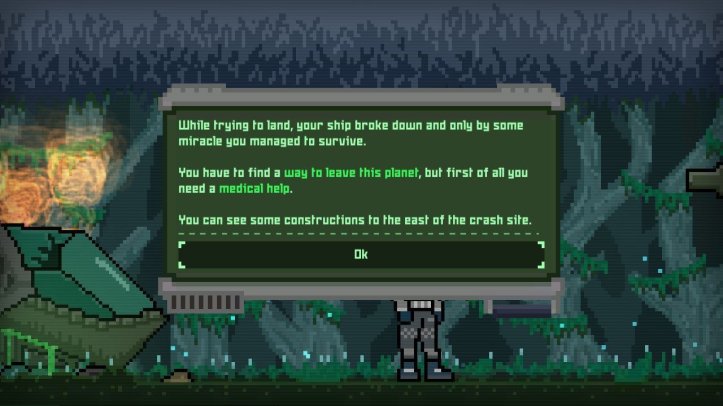 I’m a big fan of point and click games, and I really enjoyed Planet RIX-13‘s take on it. By displaying a green outline around anything you walk past with which you can interact, the developers who’ve ported it to Switch give you just the smallest push in the right direction, without giving too much away. The lack of help leaves enough of a sense of satisfaction when you successfully complete one of the several puzzles in the game. 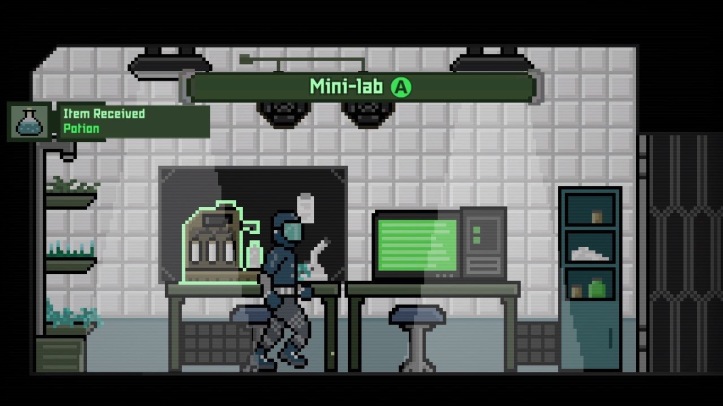 Although I enjoyed Planet RIX-13, there are some drawbacks. The locations don’t seem varied enough. In particular, exploring three fairly identical laboratories leaves you a bit bored of white tiled walls.

But more than this, the game simply isn’t very long. It took me around an hour to complete it from start to finish. That was just long enough to give me a real taste for it, and then it was over. It certainly isn’t as long or complex as some of the point and click adventures that hold a really dear place in my heart, as much as I enjoyed my (brief) time with it.

Editorial note: I received a free code for Planet RIX-13 as part of #IndieXmas2018, an initiative hosted by @IndieGamerChick